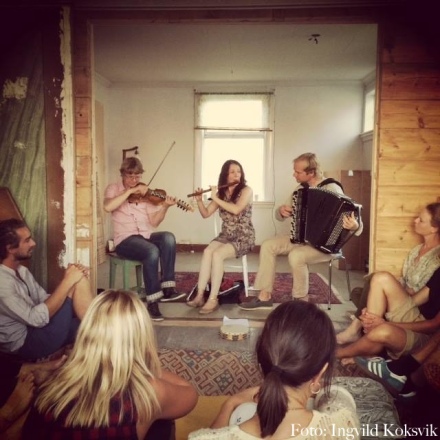 We started the tour in Norway with a concert as south we can get in Norway, in a house near Lista Lighthouse. The local jazzclub in Farsund invited us out to Lista and wanted us to do a concert in a privat home – and of course! We love this kind of contact with the audience, and what a atmosphere there was during that concert! The next day we went to Bakgården in Arendal and had a concert in the dawn with, and as you can see from the picture – the audience paying attention to not only Vegars stories :-) It was a great concert, and we got also a good review in ablikk (in Norwegian).

The next day we came to Bø in Telemark, and prepeared us for Telemarkfestivalen. We had one short element in the opening concert, and one hours show later on in the jazz-club Vertshuset. What a warm welcome for us to this festival, always nice to play for this festival. Now we are preapering for the next tour, nothing decided yet – but we are planning the futere … 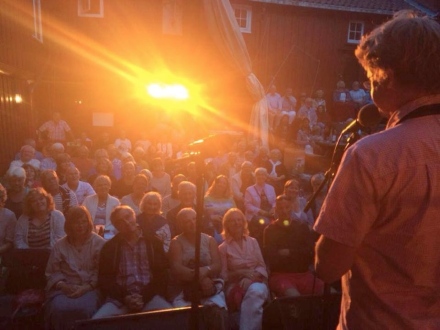